Centre for Active Learning and Integrated Development (CALID) is a Non-Governmental, Non-profit and Non-Partisan organisation formed on April 04, 2001 in Tamale by a group of Community Development Workers formerly of ActionAid. CALID has the goal of fighting for the rights of the poor, lobbying government and other stakeholders to change policies and practices that adversely affect the lives of the poor and excluded people in Northern Ghana. Current thematic areas are: Education, Good Governance and Health. CALID operates in over 100 communities in the Northern, North East and Savannah Regions. CALID operates mainly in the following Metropolitan, Municipal and Districts; Karaga, Kumbungu, Tolon Districts, Gushegu, Sagnarigu, Savelugu Municipalities and Tamale Metropolis in the Northern Region, Bunkurugu District, East Mamprusi and West Mamprusi Municipalities in the North East Region, Bole, Central Gonja, Sawla-Tuna-Kalba and West Gonja Districts in the Savannah Region. CALID attended both the Local Fund Raising (LFR) and Mobilising Support (MS) trainings. At the end of the training, the CALID team worked on their MS plan that sought to ensure that “girls in the Savannah Region are not left out in accessing education” by reducing teenage pregnancies to 80% by 2025 – a region that recorded 3516 teenage pregnancies in 2020.

With the skills and knowledge gained from the training, one of which focused on the necessity of involving stakeholders, CALID carried out a baseline survey and identified queen mothers from Sawla-Tuna-Kalba districts as key stakeholders. The organisation also provided financial support to queen mothers to advocate on the importance of keeping girls in school. Subsequently, the queen mothers were empowered to use their own resources to advocate for children to be sent back to school.

The result of this engagement has guided CALID to engage their stakeholders towards the achievement of the project objectives. CALID worked with School Management Committees and has now formed a regional network which awaits to be formalisation.

With respect to the LFR training, CALID focused on raising funds at the local level. Using the knowledge gained from the training, they applied for a grant sent out by Ghana Somubi Dwomadie and received a donation of GH200,000 to work with people with disabilities (PWD) within three districts. They also developed strategic relationships with the chiefs and queen mothers who supported them with in-kind resources.

Applying the principles from the training enabled CALID receive subsidies from two media houses for their sessions. Instead of GH150 per 30minutes, they are now charged GH80. This implies that the media donates GH560 quarterly to support CALID’s LFR activities.

However, despite these achievements that the knowledge gained from the training has contributed, there is need for CALID to optimize its communication approach in order to increase the local constituency base that actively supports its work. It is also important for them to reconstitute the fundraising team to undertake donor mapping and design a roll-out plan. CALID 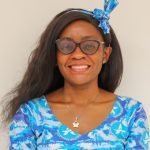