Will Global Governance Prove Itself?

Although institutions of international and regional integration have chalked up major successes in recent decades, they are hardly immune from internal and external challenges. In fact, both the health emergency and the looming debt crisis brought on by the COVID-19 pandemic will test these structures like never before.

LOMÉ/BASEL – COVID-19 poses the greatest threat yet to the systems of international integration instituted during the twentieth century. As with the 1918 Spanish flu pandemic, the lethality and contagiousness of the coronavirus have prompted a return to hard national borders and other barriers.

Historically, the crises that have led to deeper integration have been military in nature, owing to the recognition that regional exchange is conducive to peace and prosperity. Under these conditions, most countries will have no interest in going to war with a neighbour, because doing so would almost certainly hurt their own citizens’ socioeconomic wellbeing.

When the Nobel Committee awarded the Nobel Peace Prize to the European Union in 2012, it recognised the bloc for “over six decades contributed to the advancement of peace and reconciliation, democracy and human rights in Europe.” Over this period, the European project ensured peace by accelerating economic integration, starting with the joint production of coal and steel.

Similarly, the Economic Community of West African States (ECOWAS) emerged out of the ashes of a major crisis: the Biafran War (1967-1970). Côte d’Ivoire, acting as a proxy for French interests in the region, had a strategic interest in weakening Nigeria, so it recognised Biafra’s secessionist bid for independence. Such decisions, and the bloodshed that followed, threatened to leave lasting scars. But through ECOWAS, West Africa found a mechanism for advancing shared regional goals. Bringing together Francophone, Anglophone, and Lusophone countries, the bloc broke through the “Berlin Wall” of colonial borders created in 1885. To this day, ECOWAS is widely regarded as one of Africa’s most successful sub-regional organisations.

Yet, for all of these institutions’ success, outbreaks of infectious disease pose a unique challenge. In the 2014 West African Ebola epidemic, a 50-country coalition was needed to contain the outbreak and resolve the crisis. Savvy diplomacy facilitated the pooling of financial, health, and logistical resources needed to beat back Ebola in Guinea, Liberia, and Sierra Leone. At least 11,315 lives were lost, but the rest of the world was spared from a deadly pandemic.

We have not been so lucky with COVID-19. The pandemic is quickly unravelling governance structures, disrupting business models, and setting the stage for a global debt crisis. Like pandemics, global financial crises represent another serious threat to integration. Back in 2012, when the Nobel Committee awarded the EU the prize, many in Greece doubtless shook their heads at that decision, because they were waging their own “war” within the EU.

The euro crisis highlighted the limits of economic solidarity among EU member states. In the name of stanching the financial contagion, the doctor (namely, the troika of the European Commission, the European Central Bank, and the International Monetary Fund) had ordered a robust austerity plan instead of debt relief for Greece. The crisis showed that the political imperatives of an integration mechanism ultimately reflect the political economy upon which it was built.

Especially after the adoption of the euro, the European project was supposed to feature a continent-wide single currency. The symbolic importance of the euro’s introduction in 1999 is clear if one recalls an earlier period of European integration, when the European Economic Community (the precursor to the EU) admitted Greece in 1981, and then Spain and Portugal in 1986. At the time, these three countries were among Europe’s most “backward” economies and youngest democracies. But it was widely acknowledged that peace and collective prosperity would be better served by bringing them into the fold.

Now that we are in the midst of a pandemic, however, a return to austerity will inevitably expose the limits of any integration mechanism that is structured around currency stability. COVID-19 has put the debate about debt and austerity squarely back on the global agenda. Debt is an instrument of social and economic transformation, necessary for making large investments that would be impossible otherwise, with interest rates serving as a measure of risk perception – the expectation that economic activity will allow scheduled repayments to be made on time.

But now that economic activity has ground to a halt, these arrangements must be revisited. In Africa’s case, annual GDP growth before the sudden stop averaged roughly 4%, while new government debt issues amounted to just 1% of annual GDP. As such, the international response cannot be limited merely to debt relief. The real issue is the interest rate. African governments are paying 5-16% interest on ten-year government bonds while the governments of most advanced economies are paying zero or negative rates. If global solidarity is to mean anything, this imbalance must be addressed.

The 2014-16 Ebola outbreak demonstrated the effectiveness of global-governance mechanisms in bringing scientific expertise, critical resources, and health workers to the front lines of the crisis. At the time, Guinea, Liberia, and Sierra Leone represented just 0.68 per cent of Africa’s GDP. How odd, then, that at a time when global GDP – $88.1 trillion last year – is at stake, the world retreats into nationalism.

The Greek crisis was a harbinger of a debt debate that has only just begun, just as Ebola offered an early warning of the pandemic threat. By bringing the two issues together, COVID-19 will test existing mechanisms of political and economic integration like never before. Reinforcing national borders will not help: the pandemic and the looming debt crisis are both near-universal phenomena, born of globalisation.

The immediate health emergency represents a historic opportunity for global-governance mechanisms to demonstrate their effectiveness and regain public confidence. We must look beyond the narrow ideological constraints that defined the policy debates of the post-2008 era. The COVID-19 crisis demands that we rethink fundamental assumptions, start to strengthen our institutions accordingly, and prepare for the next crisis. 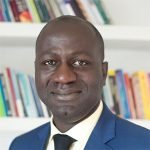 Carl Manlan, from the Ivory Coast, is an economist with a Masters in Public Administration from Harvard Kennedy School at Harvard University. His areas of expertise include African economic transformation, health, finance and project implementation. Having worked with communities in Africa, he has developed systems to improve public health financing to fight HIV/AIDS, tuberculosis and malaria. He is currently the chief operating officer (COO) of the Ecobank Foundation which aims to improve the quality of life of people across the African continent with a focus on three areas: health, education and financial empowerment.