While West Africa has increasingly become an important hub for the global trade of illegal drugs, drug policy in the region has shown considerable weaknesses as West African states continue to treat persons who use drugs (PWUD) as criminals. During the COVID-19, the underlying vulnerable conditions of PWUD have been intensified by the virus and lock-down measures. In this context, the West Africa Drug Policy Network (WADPN) has implemented a COVID-19 Emergency Response Programme to mitigate the pandemic’s impact on PWUD which has been proved to be impactful.

Over the last decades, West Africa has increasingly become an important hub for the global trade of illegal drugs. According to WACSI’s report on drug trafficking, production and consumption in West Africa (2018), West African countries have not only emerged as sources for the export of drugs but also transit points for the transhipment of drugs such as cocaine and heroin, from South America and South-East Asia to Europe, North America and the Middle East. The African continent is now the second main market for cannabis in the world after America’s whiles West Africa represents 78% of the total cocaine seizures on the continent. The drug trade is an essential issue for the region’s development and prosperity, as it poses significant threats to the democratisation process, economic growth, human rights, women empowerment and rule of law.

While drug trade has boomed, the number of PWUD across the region has also thrived. The COVID-19 pandemic has exacerbated the existing difficult economic, social, health, and housing conditions of PWUD. Unemployment or lack of stable employment has caused economic hardship for PWUD, with some living in precarious settings or are homeless. Petty drug dealers and vulnerable drug users are more prone to arbitrary arrest and long jail sentences for loitering, possession or drug use. PWUD are at higher risk of contracting hepatitis B and C, HIV/AIDS, other sexually transmitted diseases (STDs) and tuberculosis. As they commonly face social exclusion and stigmatisation from their communities, they are also less likely to access treatment services.

Thus, in times of COVID-19, PWUD have even more difficulty accessing personal protection equipment (PPEs). Their chances of getting the virus are significant as PWUD can find themselves detained in already overcrowded prisons, as West African states currently treat drug use as a criminal justice rather than a public health issue. PWUD’s tendency to share drugs and drug equipment further exposes them to the virus while precarious housing conditions prevent them from respecting lock-down and stay-at-home measures.

Since the COVID-19 pandemic has emerged in West Africa, WADPN has reached out to more than 400 PWUD in 4 West African countries to provide them with credible information on the coronavirus preventive measures, signs and symptoms. Through their network of 600 West African civil society organisations (CSOs), they have been engaging PWUD from Mali, Sierra Leone, Ivory Coast and Nigeria to encourage them not to assemble and share drugs. To address the economic and health impact of the pandemic, WADPN has supplied PPEs and food items. WADPN also provided PWUD with drug use equipment and facilitated their access to counselling, treatment, rehabilitation and drug use equipment. Finally, partners across the region have interacted with law enforcement officers to reduce raids on drug use environments and to ensure limited incarceration and detention of drugs users for loitering, possession or drug use.

“Before WADPN, we were ignored by everyone”

Interviewed by WACSI, the WADPN Executive Director, Prince Bull Luseni talked about the impact of the COVID-19 Emergency Response Programme. “Before the COVID-19 police officers used to raid them as often as possible. But with engagements in Nigeria and in Mali, raids have reduced significantly, and there has been minimal arrest for loitering”. Combined with ongoing efforts in drug policy engagement with high-level policymakers, there is no doubt that the WADPN contributes to better protection of PWUD and awareness on drug policy reform.

PWUD who were targeted by the WAPDN initiative confirmed the positive impact of the initiative on their wellbeing. Among the 204 beneficiaries of the initiative in Mali (in Sikasso and Koutiala), one participant commended WADPN for its work and reckoned that PWUD hardly benefits from such packages. “Before the WADPN funding came, we hadn’t received support for the fight against COVID-19 because we were ignored by everyone. This WADPN funding has allowed us, drug users, in Sikasso to know more about what COVID-19 is all about; we have learned how to protect ourselves and our colleagues”.

Another participant thanked WADPN for the support: “What WADPN does is not only good for us drug users, but for everyone because we also have families and other friends who don’t live in ghettos. We now have a good understanding and adoption of the barrier gestures and are reaching out to other friends across the city. I thank WADPN very much for this donation”.

What should WACSI’s readers remember about WADPN and its work? To this question, Prince Bull Luseni replied by emphasising the need to decriminalise drug use and to consider PWUD as humans rather than criminals. “People who use drugs need help, they need support and they don’t need to be punished because they take drugs or because they are addicted to drugs. And the only way you can help them is to consider drug use as a public health issue and not a criminal justice issue”.

Do you agree with this statement? Are you an individual or organisation interested in drug policy reform? If yes, please register on WAPDN website accessible here to join the network and benefit from funding opportunities for research, advocacy and training programmes. 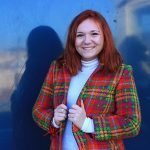 Yse Auque-Pallez holds a Bachelor in Social Sciences and Philosophy from Sciences Po Paris and La Sorbonne Paris IV since 2018, she is a Second Year Master's degree student in International Development with African Studies and Project Management Majors at the Paris School of International Affairs (PSIA - Sciences Po).