It would not be an understatement to confidently state that there is enormous potential in Africa’s regional economic integration and intra-African trade. Sadly, the continent is still heavily reliant on commodity and agricultural exports. Meanwhile, Africa spends huge sums of money importing capital goods and food products predominantly from outside the continent. For example, Africa’s annual food import bill of $35 billion is estimated to rise to $110 billion by 2025. It is safe to argue that Africa has a huge export potential. However, the continent currently records a global trade share of less than 3%.

Intra-African trade remains below its potential, accounting for about 17% of the total African trade volume in 2017. In contrast, intracontinental trade accounts for 51% of exports in North America, 49% in Asia, 22% in Latin America while among Western European countries this number reaches 69%.

To accelerate the implementation of development and more economic resilience through a unified African market, the African Union (AU) Trade Ministers agreed to establish an African Continental Free Trade Area (AfCFTA) in January 2012. The AfCTA represents a major opportunity for countries to boost growth, reduce poverty, and broaden economic inclusion. The AfCFTA has since been a flagship programme of the AU and AfCFTA negotiations. The AfCTA was launched in June 2015 and entered into force on May, 2019. The AfCTA was signed by 52 African Member States and has been operationalised with the necessary 30 ratifications. This is a huge diplomatic milestone given the short timeline, the ambitious liberalisation goals and the heterogeneity and large number of 55 Member States negotiating the Free Trade Area.

The Fifty-eighth Ordinary Session of the Authority of Heads of State and Government of the Economic Community of West African States (ECOWAS) was held on 23 January 2021. At this meeting, the heads of State welcomed the entry into force of the AfCFTA on 1st January 2021 and ratification of the agreement by twelve (12) out of the fifteen (15) ECOWAS Member States.

It is worth stating that civil society actors and other non-state actors have played a key role leading to the adoption of the AfCTA agreement. The current developments including the impact of the coronavirus pandemic on African economies provide an avenue for civil society organisations (CSOs) to continue to engage in promoting its implementation within the continent. CSOs can bring citizens’ concerns to public authorities, monitor policy and programme implementation, play a watchdog role, as well as contribute to the achievement of greater transparency and accountability in the implementation of the AfCTA.

Positively, the African Union Department of Trade and Industry organised the first annual AfCFTA Stakeholders Forum in Dakar in November 2018 where a good representation of African Stakeholders took part and committed to engage Member States in asking for ratification and implementation of the AfCFTA. Prior to that, the Department took the opportunity to dialogue with African Civil Society through several meetings hosted by civil society organisations. All these dialogues have proved useful in obtaining feedback and views of a diverse range of CSOs. The purpose of the Civil Society Forum was to enhance stakeholder engagement on the implementation of the AfCFTA.

The Forum was designed to impart knowledge to all stakeholders on the priority trade issues of the AfCFTA, establish a foundation for regular information flow on trade issues to key stakeholders, improve coordination between CSOs and relevant government ministries and agencies on issues related to the AfCFTA, increase participation opportunities for civil society stakeholders in the work programme of the AfCFTA and strengthen the culture of dialogue and inclusiveness.

It is envisaged that the engagement with civil society will Improve understanding among the public about the AfCFTA, and the requirements for its successful implementation increased stakeholders’ participation in national, regional, and international trade policy formulation, negotiations, and implementation required for the successful operationalisation of the AfCFTA. Therefore, it has become imperative for civil society and other non-state actors to support the implementation of the Agreement through various strategies and programmes. Some potential roles and responsibilities of civil society include, but are not limited to the following:

Regional economic integration is imperative to achieve competitiveness and growth in Africa. The continent’s regional integration project continues to face serious challenges including persistent regulatory, institutional and infrastructure challenges. Hence, civil society’s engagement in this process is essential because it ensures that the voices and concerns of community citizens are heard and included in policies and projects. Therefore, civil society’s engagement in the delivery of AfCTA guarantees inclusion and participation but could also foster transparency, accountability, and adoption. 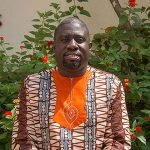