On 5th June 2021, the Nigerian government put an indefinite ban on Twitter, restricting the social media platform from operating in the country just days after Twitter deleted tweets made by President Muhammadu Buhari. However, an official government statement stated that while the deletion of tweets did factor into their decision, the ban was based on a “litany of problems with the social media platform in Nigeria.”

For CSOs operating in Nigeria, this is merely the latest in a series of attempts by Buhari’s administration to threaten the ability of citizens, the press and CSOs to hold authorities accountable. In the last month, several major Nigerian newspapers published front page advertorials pushing back against two amendment bills currently being considered by federal lawmakers. The country’s press see the Nigerian Press Council (NPC) and Nigerian Broadcasting Commission (NBC) Media Act amendment bills as being geared against citizens’ rights to free and fair information.

For NGOs specifically, an NGO Bill has been proposed at various points over the past decade starting in 2014, again in 2016 and most recently in 2019. The bill proposed the establishment of a regulator for non-governmental organisations (NGOs) operating in the country but was successfully prevented from being passed into law through a public outcry spearheaded by over a hundred Nigerian CSOs.

“This whole thing is about how we manage misinformation in our society,” says Odeh Friday, Country Director of Accountability Lab Nigeria, an NGO that supports good governance and civic engagement. “And I don’t believe the government is addressing this in the right way with the proposed legislation”, he adds.

“Government’s first goal is to manage misinformation because they feel some of the conflict within the country is being spearheaded by CSOs. Secondly it’s about funding because the Government suspects some of these CSOs are being funded by external entities seeking to destabilise the country.”

“The closing of civic space is actually a global agenda,” says Spaces for Change Executive Director Victoria Ibezim-Ohaeri, an NGO working to infuse human rights into social and economic governance processes in Nigeria. “We see the trend replicated across jurisdictions. Before the NGO bill was first proposed in Nigeria in 2014, I was among a group of experts who went to Sierra Leone to review a similar piece of legislation.

A few months later I recognised Nigeria’s bill as being almost identical to the one that had been proposed in Sierra Leone. So, governments across the world are working from the same playbook because they think this will help off internal competition.”

Spaces for Change is also the Secretariat for a collection of Nigerian civil society organisations (CSOs) called The Action Group on Free Civic Space in Nigeria which works to co-create a unified sector position and voice to defend civic space against security-induced restrictions. The body tracks anti-NGO bills and restrictive laws proposed within Nigeria and works to sensitise citizens on the potential harmful effects of such legislation. 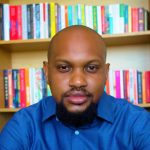