Reflections on Banditry, Kidnapping and Armed Violence in Nigeria

“If the misery of the poor be caused not by the law of nature, but by our institutions, great is our sin” – Charles Darwin.

Security is vital to our existential peace and personal fulfilment in life. The buildup of banditry, kidnapping and armed violence has put millions of Nigerians in a state of gloom and despondency. The Nigerian state continues to grapple with many development challenges and the fallout continues to disrupt peace and devastate lives and livelihoods, just as it is taking a great toll on the well-being of the nation. Thus, we are faced with the question: what does sustainable peace and security hold for us as a nation?  How did we get here and how do we chart a pathway for national reconciliation devoid of partisanship? The call for national dialogue has become imperative to secure the citizens and avoid civil unrest!

This article examines the security challenges being faced by the nation by providing a critical understanding of the complex social-political milieus in which banditry and violent conflict are grounded and how social inequalities have been the bane of nation-building. It examines why economic opportunity does not always correspond uniquely with access to quality of life of an average Nigerian and it explores the changing expressions of ethnic and religious impulses as reflected in the leadership question and the calls for regional balance in the security architecture of the fragile Nigerian state. It concludes by proffering solutions to the country’s complex security challenges.

Nigeria’s political and security landscapes have changed significantly since the mid-1990s when all the hubris of rapid economic growth and development came to a halt. Evidently, the prolonged military regimes justified paternalistic authoritarian government, and the emergent politics without ideology has provided refuge for incompetent leaders to be in power. Indeed, politics and leadership are not built around critical issues of governance, but around primordial sentiments of religion, ethnicity and other divisive identities.

These challenges continue to emasculate democracy and security. Efforts to end banditry, kidnapping and other violent crimes, however well-intended and implemented they appear to be, will continue to fail as long as the political conditions for the resolution of insecurity are not transparently handled.

According to the Global Terrorism Index (GTI) report (Institute for Economics and Peace, 2020), Nigeria is classified as the third most terrorised country in the world. Given the widespread youth unemployment and proliferation of illicit small arms and weapons across the country, particularly the North-East and the South-South, the objectionable business of banditry and terrorism will be on the rise. Furthermore, the root causes and the overlapping drivers of conflict are radical Islam, multidimensional poverty; ethno- religious faultlines, out-of-school children; political corruption, economic recession, climate change; nepotism and exclusion have become the bane of insecurity and state fragility.

The Presidential Committee on Small Arms and Light Weapons (PRESCOM) and other strategic stakeholders must put in place comprehensive peace-building strategies for weapons control and armed violence reduction. Weapons have become bargaining instruments for ransoms. In addition, the federal government must explore dialogue in order to prevent or deescalate conflicts by restructuring way the security gatekeepers manage its communication and behaviour change ecosystem. Further, state and local governments must create and sustain coordinated efforts by using dialogue processes at the community- to – community level to gain awareness on how to identify influences on violent crimes of banditry, terrorism and kidnapping.

Undoubtedly, the path to more robust security architecture will be a challenging one, one that calls for uncommon leadership and creativity from the President, the new service chiefs and other security service providers. It will involve a tenacious implementation of various security roadmap documents, including local government (community) policing, state police, restructuring of the top hierarchy of the military to reflect national diversity and the development of the legislative framework for the possession and the use of weapons by civilians and government officials. These should be considered by the 9th National Assembly.

The militarisation of the state by politicians is, however, a worrisome trend. Politicians must purge themselves of political thugs and other anti-social abnormalities including godfatherism, cultism and gangsterism. Therefore, comprehensive controls must be instituted, and the campaign for the prevention and reduction of armed groups (vigilantes) at the community level should be ramped up.

The Federal Ministry of Information and National Orientation through its agencies, particularly the National Orientation Agency (NOA), must sustain strategic communication matrix with the Directorate of Defence Intelligence Agency (DIA) to reimagine Security Sector Reforms (SSR) through a step-by-step confidence-building incentive for the Nigerian Project beyond the tokenism of 60 seconds radio jingles, press releases and reactive communication of government spokespersons.

At the level of the Military High Command, the issue of disarmament and weapons control should be addressed in a transparent manner. Access to strategic information regarding weapon holding in notorious banditry states will reduce opportunities for new recruits. Further, the military engagement tactics with kidnapping and banditry should be operationalised with the police service as a result of the rapidly changing dynamics of non-conventional warfare, including terrorism and violent crime. The federal government must take proactive action in walking its talk about pulling 20 million Nigerians out of the poverty net, and state governments will do well to mainstream pro-poor programmes, community-to-community intelligence networks and reform regional security outfits to have long-lasting impacts, especially on cultism, area boys menace and transport unions toll collectors, which are fertile grounds for nurturing and recruiting criminal elements.

Momentously, non-state actor’s particularly civil society and community groups within the West African sub-region should mobilise and engage to ensure that the root causes and potential drivers of violent conflict are brought to the fore amongst political leaders and ethnic regional influencers to forestall the danger of escalation across the region, which have dreadful consequences for sustainable peace and development.

In addition, they should build robust and inclusive peace-building, conflict resolution mechanisms and indeed capacity, solidarity, a much bigger and broader regional engagement ecosystem to champion authentic governance architecture and to act, and campaign more vigorously as strategic gatekeepers and agenda-setting for policy advocacy on banditry, kidnapping and armed violence.

In conclusion, political leaders need to act responsibly. They must redouble their efforts at tackling the root causes and the potential drivers of violent conflicts in Nigeria and indeed within the sub-region. The governments at the sub-regional (ECOWAS), national and sub-national levels must be proactive rather than reactive. The time to act is now! 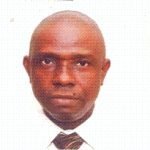