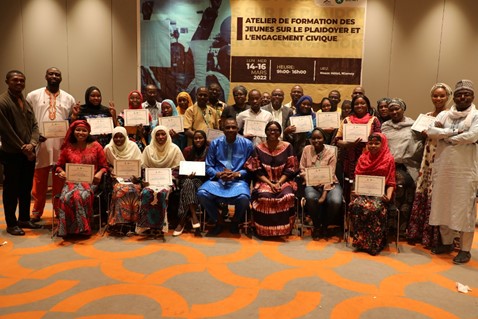 [Niamey, Niger] 14 – 16 March 2022 — The West Africa Civil Society Institute (WACSI) successfully completed a 3-day capacity building workshop for young civil society actors on effective advocacy for open civic space and democratic engagement in Niger. Supported by Oxfam, the workshop adopted a hybrid approach which allowed for both physical and virtual participation. It attracted the participation of  31 young people (19 women and 12 men) from different regions in Niger, as well as five online participants from other countries in the Sahel including Burkina Faso and Senegal.

In her opening remarks,  Omolara Balogun, Head, Policy Influencing and Advocacy, WACSI,  gave a broad overview of the context of the Sahel, its increasingly threatened civic space, and the role of the youth in rescuing the debilitating state of civic space and democratic environment – which have both been exacerbated by the confluence of COVID-19 and weakening security – across the region. She said ‘increasingly, there are attacks on citizens; activists are arrested arbitrarily, humiliated, and even killed sometimes; human rights defenders continue to find it dangerous to defend the vulnerable; and civil society efforts stall’. She underscored that ‘…the nature of civic space restrictions and weakening democratic context in the current epoch and environment has narrowed the usefulness of traditional tools to protect civic space and promote an enabled environment, requiring a new kind of youth with a renewed mindset and strengthened advocacy skills (with new tools and strategies) to address these issues’. 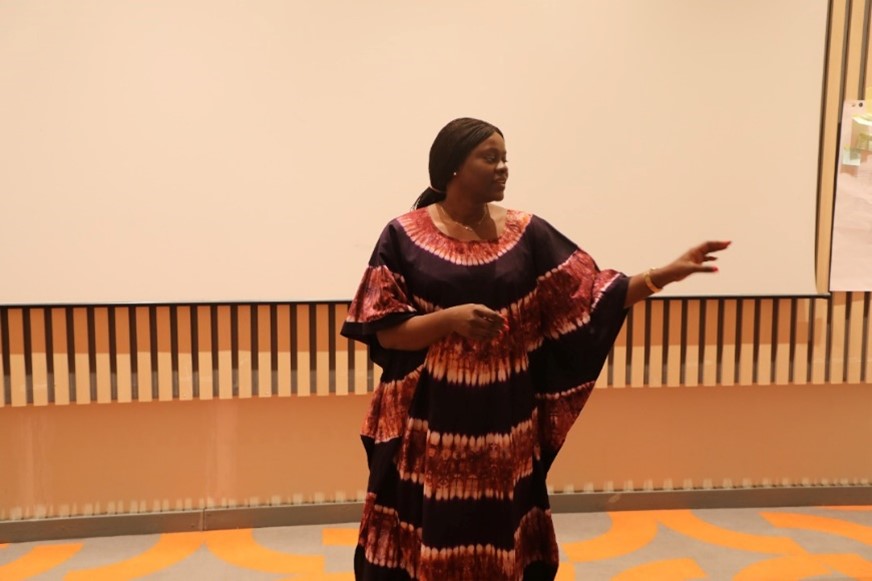 It is in the light of these challenges and growing need for strengthened youth capacity and agency that WACSI through the support of Oxfam West Africa mobilised young civil society actors and civic space activists across Niger and beyond and built their technical capacity in policy advocacy and civic engagement. The 3-days training exposed the participants to cutting-edge advocacy skills that are crucial to the expansion of civic space, consolidation of democracy, and promotion of a stronger, dynamic, and sustainable civil society.

The training also allowed participants to better appreciate the changing context of civic space in the Sahel and West Africa, the nexus between civic space, peace, and development, and unpacked key concepts of democracy, open society, civic freedom and leadership, equality and inclusion, human rights, and youth development. Participants were equally introduced to the critical tools, strategies, and new frontiers for policy advocacy including the internet and social media. 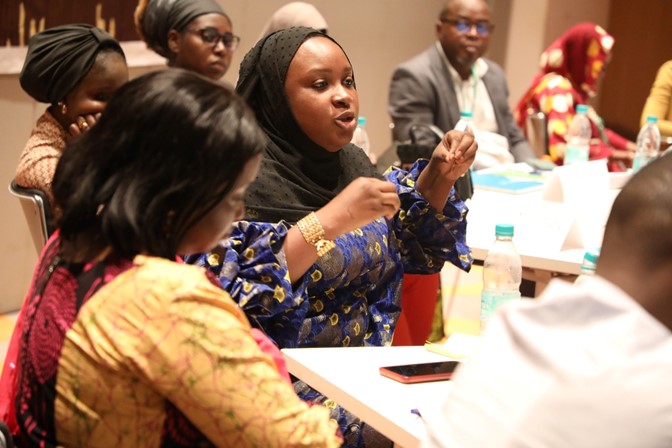 At the end of workshop, participants thanked WACSI for the opportunity to strengthen their skills with which they believe they would become better and effective activists in their respective fields of endeavour, and as well use their new skills to facilitate cross national and, where possible, cross regional learning and solidarity among like-minded organisations and platforms. Participants acknowledged the enormous task in the Sahel with regards to countering the shrinking civic space and democratic environment, and called on WACSI and its partners to continue to support youth actors, groups, and platforms in the region because they represent the present and the future of the region.