In almost every rural community in Africa, there are legacies of botched attempts at “bettering the lives” of the locals—shattered toilets, empty wells and dilapidated school buildings.

While some failed structurally, others failed functionally. An example was a library stocked with English-language books in a community that no one speaks or understands the language. Or computer rooms filled with new computers that are securely locked with “no-entry” signs while teachers draw a Microsoft Word interface on blackboards.

The road to hell, they say, is littered with good intentions. Several donors and well-intentioned organisations have conducted projects in Africa that not only failed but left the locals worse than they met them. The World Bank is not left out.

In 2007, the bank’s private arm, the International Finance Corporation, discovered that only half of its Africa projects succeeded. The reasons are not binary. While African aid projects face unique challenges from their global counterparts, there are noticeable patterns we can avoid.

A 2012 study by Lavagnon A. Ika, a researcher at the University of Ottawa, Canada, revealed that most international development projects experience the same challenge because the project management methods used are inflexible.

The study says standard procedures—such as those in World Bank projects—do not regard the size and objectives of the project. As such, project managers lack the flexibility to tailor their methods according to unique local contexts.

Most charity funds run models that prioritize accountability and visibility. They ensure this through gate reviews, financial management and laborious planning using tools such as Seavus Project Viewer. Helpful as it is, it can stifle the social and cultural dimensions of project success.

The was true for the $22 million Lake Turkana fish processing plant in Kenya; funded by the Norwegian government. Designed in 1971, the project was expected to provide jobs for the Turkana people through fishing and fish processing for export.

However, the Turkana people, like other Nilotic people in the Horn of Africa, are semi-nomadic pastoralists. They live feed on milk, blood and meat. Turkana locals who fish commercially are considered poor because they have no cattle. Therefore, fishing was considered a derogatory vocation, sort of.

The Turkana plant was completed and functioned for only a few days. It didn’t last longer than that. Besides, the cost of operating the freezers and the demand for clean water in the desert were too high to maintain.

Africa is pot of socio-cultural, political and economic factors that would cripple any project model that refuses to adapt. International development bodies must choose flexibility over tradition; outcomes over processes.

Talking about politics, Africa’s political climate is still developing. That means it is can be crude and cutthroat. That also means it is often difficult to separate development projects from the unpredictable nature of African party politics.

A classic example is the Chad-Cameroon oil pipeline to the Atlantic Ocean. Completed in 2003, the World Bank costs $4.2 billion. It was termed the biggest development project in Africa. The World Bank had funded the project on the condition that the proceeds be disbursed with international supervision to develop Chad.

Two years later, however, it all fell like a pack of cards when the then President, Idris Deby, announced that oil money would be diverted to buy weapons or else oil companies would be kicked out of the country.

Until his death in early 2021, Deby’s government spent oil money on regime survival and election rigging as thousands of Chadians wallowed in penury.

Many local and international donors adopt models that inadvertently sidelines the very people they are trying to help. This model glorifies rushing into localities with charity funds to deliver projects purely managed by outsiders.

Therefore, the locals feel disconnected from the project from get-go. Such disconnectedness means that the project team is less likely to capture the nuanced needs and expectations of the locals into their decision-making process.  This was the case with a water project by PlayPumps international.

One of the pressing challenges facing Africa today is lack of clean water. One company sought to change that. PlayPump’s idea was to position a merry-go-round in an African village and tether it to an overhead water tank a few metres away.

As children play on the merry-go-round, the kinetic energy generated pumps underground water, filling the tank. This way, children not only have enough space to play, they and their parents now have drinking water.

Not just that, the overhead tank, seven metres high, would host HIV/AIDS prevention campaign billboards on two sides and the rest two sides for advertising.

PlayPump received the World Bank Development Marketplace Award in 2000. In 2006, the Bush administration announced $10 million in support. The initial goal was to install pumps in 4,000 villages across Africa, to serve 10 million people. What followed was an aggressive installation of pumps such that, in some villages, the locals were not even consulted.

In Mozambique, for instance, some locals complained that a PlayPump substituted their community’s traditional water-drawing gear without their approval. But it’s more than that.

A 2009 investigative report in The Guardian revealed that many PlayPumps were lying fallow. Children were not playing on them and the tanks were empty. In hindsight, the goal itself seems outlandish.

For one, most villagers require water in the early hours. The planners never realised how improbable it was to get children to play at a merry-go-round at that time of the day.

Consequently, users were forced to rotate the merry-go-rounds by themselves; a major health challenge for elderly women. In retrospect, The PlayPump model largely ignored the inputs of host communities, became too difficult to maintain and was reliant on child labour.

After several complaints by Mozambicans about non-functioning units, PlayPumps International pacified them with their traditional hand-pumps, returning everything to square one. Cultural issues are real. Without buy-in from locals, the most brilliant and well-meaning projects will buckle and break.

In conclusion, the challenges of development projects in Africa are numerous—corruption, political interference, rigid models that disregard diversity and lack of buy-in from locals. It’s hard to see projects that are 100% successful. But then, how do we define success in international development projects? In my opinion, a project is only successful when everyone involved—donors, implementers, host communities and recipients—agree that the project has succeeded. 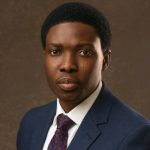 He holds a master’s degree in Globalisation, Business & Development from the Institute of Development Studies (IDS), University of Sussex, UK. And Certificates in Social Epidemiology, Entrepreneurship, Civic Leadership from Harvard School of Public Health, University of Maryland, Wagner College, respectively.