In 1991, African journalists launched a call for media pluralism and independence by producing the landmark Windhoek Declaration. This led to the recommendation adopted under section 4.3 at the twenty-sixth session of UNESCO’s General Conference the same year. That section invited the Director-General of UNESCO to extend to other regions of the world the action taken so far in Africa and Europe; to celebrate the anniversary of the Windhoek Declaration adopted on 3 May 1991; to transmit to the United Nations General Assembly the wish expressed by the Member States of UNESCO to have 3 May declared International Press Freedom Day; and finally, to examine with the United Nations Secretary-General the possibility of issuing a joint report on the progress of-press freedom in the world to mark this day. Two years later, the UN General Assembly proclaimed the World Press Freedom Day, to celebrate the fundamental principles of press freedom, to evaluate press freedom around the world, to defend the media from attacks on their independence and to pay tribute to journalists who have lost their lives in the exercise of their profession.

In a 2012 report to the Human Rights Council, UN Special Rapporteur on freedom of expression, Frank La Rue, highlighted the increasing restrictions placed on journalists working outside of armed conflict situations, noting those non-conflict situations are where the majority of human right violations against journalists occur. These range from restrictions to movement, arbitrary detention, torture, intimidation, enforced disappearances and even killings.

Over the past two years, developments in Ghana have painted a dark image of press freedom in the country. They provide a stark picture of the worsening environment for the media across Ghana, in which journalists increasingly face obstruction, hostility and violence, which sometimes leads to loss of life as they investigate and report to the public.

Journalists have been the target of incessant severe attacks. In recent months, there have been targeted and discriminatory enforcement of laws to shut down some media outlets such as Radios Gold and XYZ. The assault on a Joy News cameraman, threats against investigative journalists, attacks on reporters and murder of journalists have created a creepy sense of insecurity for the media in and population of Ghana.

June 27, 2019, marked the latest of a series of alarming events for media freedom in the country as National Security operatives stormed the offices of ModernGhana.com, an online media, and arrested two of its staff. The victims, whose aggressors did not have any warrant, were arrested, blindfolded, and reportedly tortured. On early May 2019, a Journalist with Starr Fm (Edward Adeti) was harassed and threatened with death for exposing the corrupt activities of Hon. Rockson Bukari, a Minister of State at the Presidency. On March 8, 2019, a Multimedia Group investigative journalist (Manasseh Azure Awuni) was threatened, harassed and forced into exile for revealing the clandestine activities of a state-sponsored militia group called ‘De Eye’ at the Osu Castle. On January 16, 2019, an associate of investigative journalist Anas Aremeyaw Anas (Ahmed Hussein-Suale) was murdered after being threatened for exposing the corruption that had taken over the high echelons of Ghana football with elements in the 2018 Ghanaian government.

Since late 2017, the MFWA has documented 31 cases of violations against journalists and media houses, summing up to over 40 victims in Ghana. These events are increasingly marring the reputation of a country held up as a safe and democratic model in Africa. According to the Media Foundation for West Africa (MWFA), “these developments have the potential of reintroducing the once dreaded culture of silence in the country and affect the capability of the media to be critical players in the growth of the country’s nascent democracy’’.

According to La Rue, “[j]ournalism must be seen as an activity and profession that constitutes a necessary service for any society, as it provides individuals and society as a whole with the necessary information to allow them to develop their own thoughts and to freely draw their own conclusions and opinions”.

Democracy can, undoubtedly, not thrive without press freedom. This growing culture of intolerance for dissenting views are seeds that, if not carefully watched, have the potential to tarnish Ghana’s efforts towards the achievement of an ‘Open’ status on the CIVICUS Monitor – a global online platform that tracks the state of civic freedoms across the world.

According to Civicus Monitor, Ghana is ranked as narrowed; one of the best among West African countries in terms of the respect of human rights freedoms, yet, not the best. Ghana can become ‘Open’, like Cape Verde, if journalists are treated with much more respect and guaranteed their freedoms to exercise their duties. The government of Ghana should refrain from taking actions that encourage the “New Normalisation” of the maltreatment of journalists in the country. It will benefit from truly upholding the fundamental principles of democracy by taking measures that appreciate the importance of a free media, guarantee press freedom, guarantee the security of media practitioners and support media development. One of such measures can be the creation of an enabling environment. The latter can be done by ensuring that the regulatory regimes put in place [in the bid to respond to and comply with international and national obligations] do not shrink civic space or obliterate civil society operations and sustainability.

Perpetrators of such violations must be punished. Personnel of national security organs in Ghana must follow international standards while administering their functions in a way that does not undermine the human rights of journalists.

CSOs and virtual actors are encouraged to massively use social media to condemn the maltreatment of journalists. They are equally encouraged to ensure that legal protections for critical and investigative reporting are strengthened online.

To redress this situation and restore the nation’s bleeding image, the government should be consistent in its engagement towards expanding civic space by facilitating efforts by the media and social movements to pursue profitable social good because these instances complement government’s effort to meet the sustainable development goals.

Finally, media outlets are strongly advised to upgrade their security and develop basic ‘personal security’ rules and measures all their journalists must be cognizant of and apply while exercising their duties.

NOTE: Opinion expressed in this article are solely those of the author, and do not necessarily reflect the opinions or views of the West Africa Civil Society Institute. 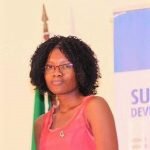 Metolo Foyet is a post-graduate from the Kofi Annan International Peacekeeping Training Centre (KAIPTC). She was an intern for the second batch of 2019 where she served as a Programme Assistant in the Knowledge Management Unit of the West African Civil Society Institute (WACSI).